Have you got a screenshot of the tactic please? I'd define it as 4 defenders, 3 midfielders and 3 forwards. So I don't think AM's would count towards the forward's.

In fairness - now I've seen Redders' 4-3-3 formation (based on the default) I think I'd have to accept this as a 4-3-3 as the arrows would make it 3 forwards with the ball. Same principle as the wingers on Redders' tactic.
Top

Fantastic effort on being first back on both Inter and Milan Redders! Scores look pretty good too.
Top

Took the challenge with Inter first. First season was a bit of a mess with all the sales and all, but managed to land my three Germans in the first season so they had some time to settle. All the foreigners were sold or released and we ended up second in the Serie A, miles behind Juventus. My three German assets were young Jan Thielmann, a 22.5M buy from Koln, Florian Neuhaus came from Monchengladbach for 20M and Maxilimilian Arnold, a snip at 6.25M from Wolfsburg.

Second season we were off to a great start but really stumbled towards the finish. Somehow there were barely any good Italians that wanted to join and lack of depth bit us in the buttocks in the end. We came in second again, 1 point behind champs Milan (ouch). We got pummeled in the Italian Cup Final by Lazio 5-3 and we got eliminated in the CL semi's with two losses to PSG, 1-0 and 2-0. Didn't win a lot of awards either. Bastoni won defender of the year for zero points, we got seven players in the team of the year for zero points, my striker Belotti got Italian topscorer of the year, but he's Italian so zero points again

Only Florian Neuhaus got third place at the Italian Serie A Player of the Year awards, netting us a cool 10 points....

So, the final tally for the second season:

1095 points in all for my pretty poor effort at Inter.

Now, with the lessons learned, let's try this at Milan

oh I also made some screenshots of course.

Did the biz for you though

My effort with Milan felt a lot more succesful! Got extremely lucky when Frenkie de Jong was unhappy at Barca and he agreed to join for a snip. Extremely cheap Guus Til was the next who got snapped up as a Dutchie. In the first season he was having trouble adapting and I contemplated selling him, but he did brilliantly in season two where he and Frenkie formed the heart of the team. Last but not least Wout Weghorst joined after a lot of bidding from my side. Wout did pay me back with a second place in the leading goalscorer's list.

The first season was hard. I sold too many players too quickly and wasnt able to draft enough quality. In the end we finished dead last in the group stages of the CL, we got booted out of the Coppa in the quarter finals and ended up 4th in the Serie A. The board however felt I was doing an awesome job. Must've been all the wine at the table.

Second season we had a much better team, no CL to worry about (

) and the team gelled a lot better. We managed to stay above our rivals, we won the Coppa and the title when rivals Napoli lost their second to last game. After that the time went on vacation mode, we lost the Uefa Cup final in spectacular fashion and it was US that almost superkeepered the opposition. We managed ZERO shots on target to the 17 by RB Leipzig. Plizzari was amazing all season (was voted Goalkeeper o/t year even) and got MOTM but we still lost 0-1. After that we also managed to lose our last league game so we ended the season in tears. All in all I felt we did quite well and I very much enjoyed the Challenge!! MORE MORE!!

Grand Total of 1880! Almost double of what I got with Inter

Some screenshots to go with the story:

Mammoth amount of goals from your lads - especially Frenkie! 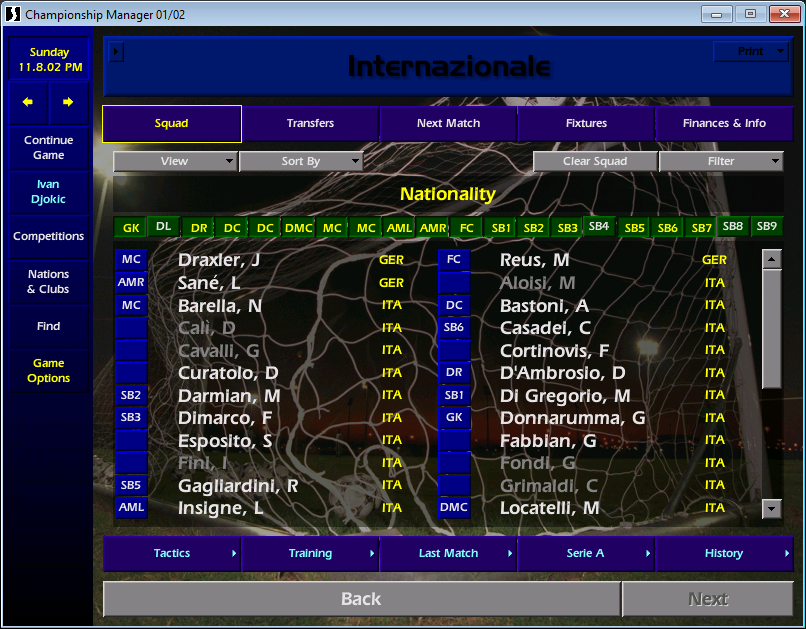 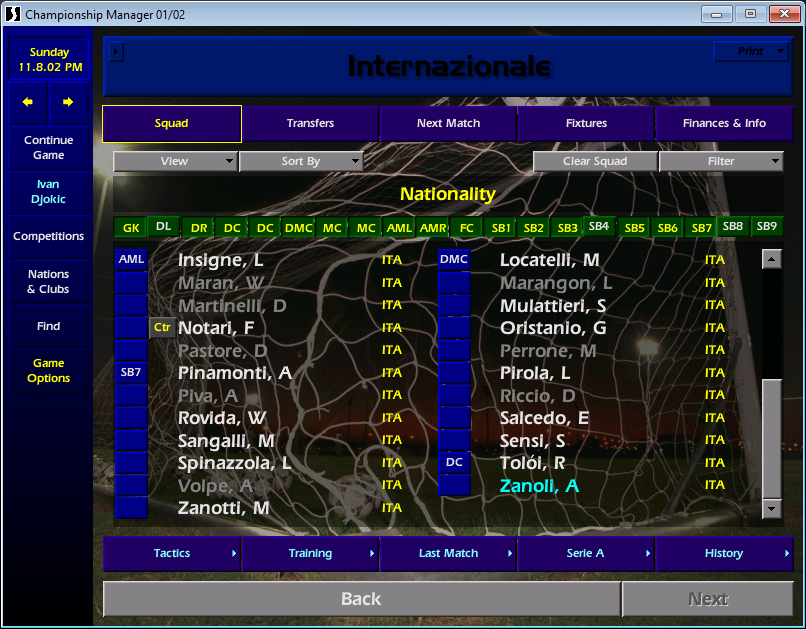 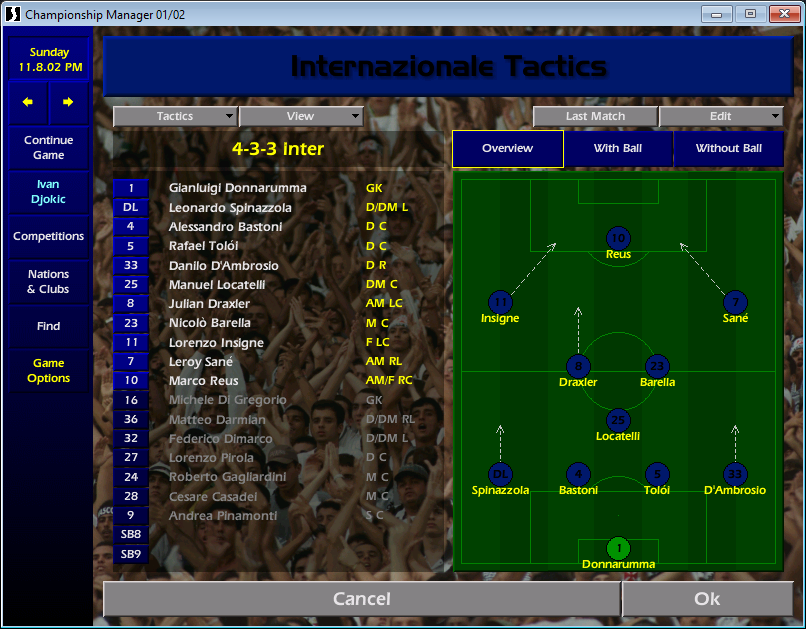 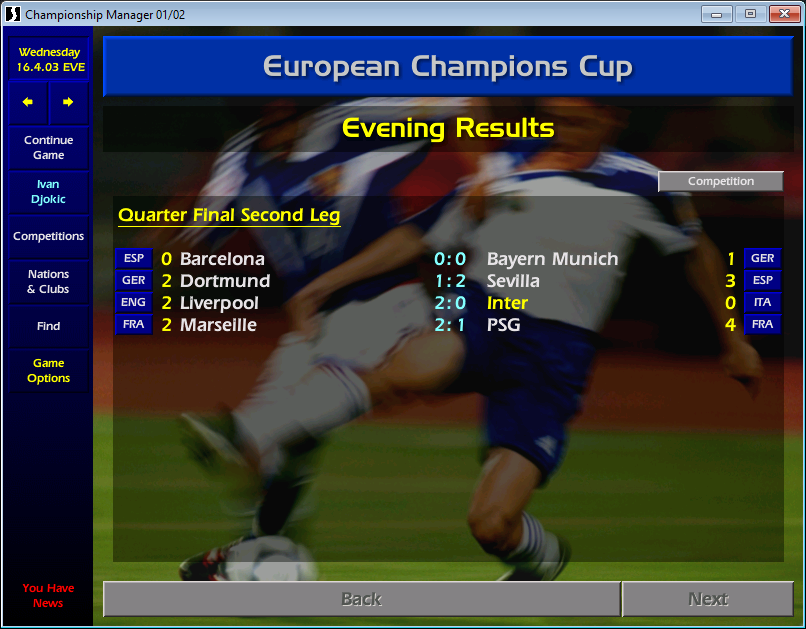 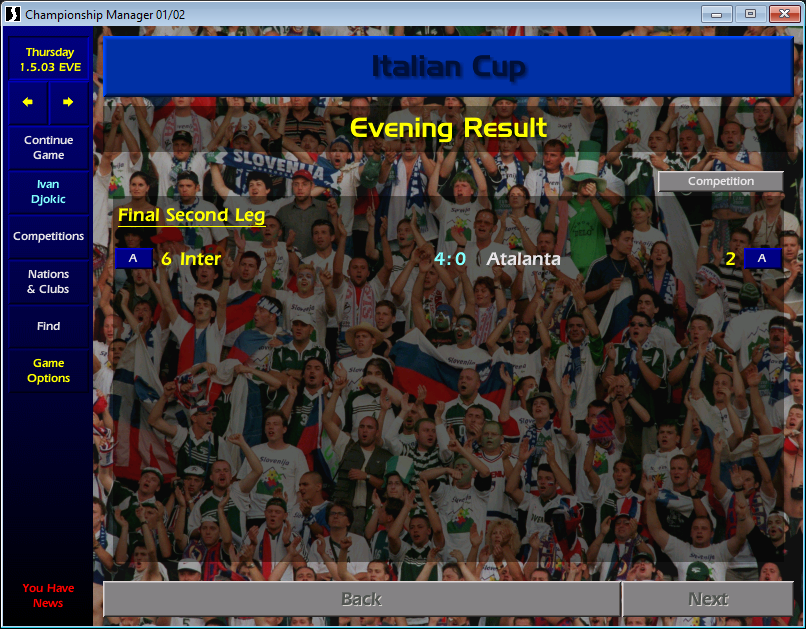 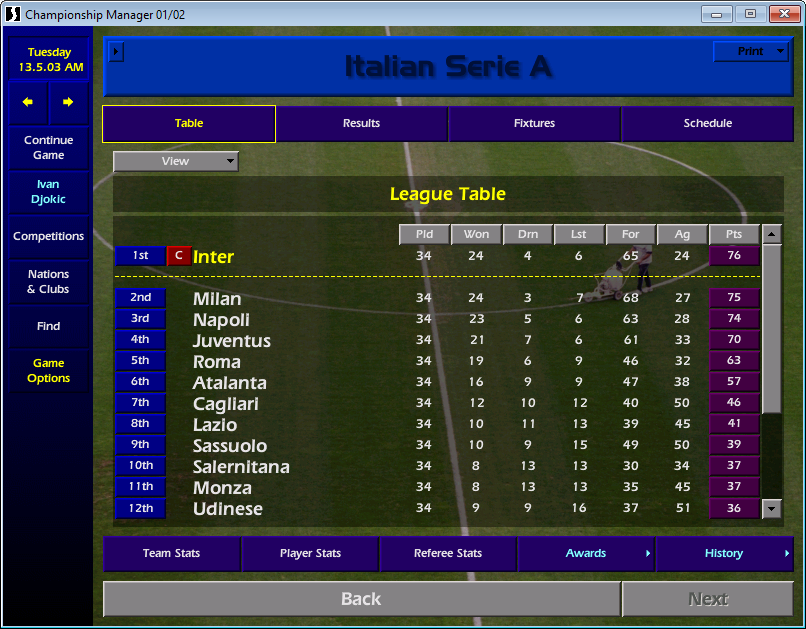 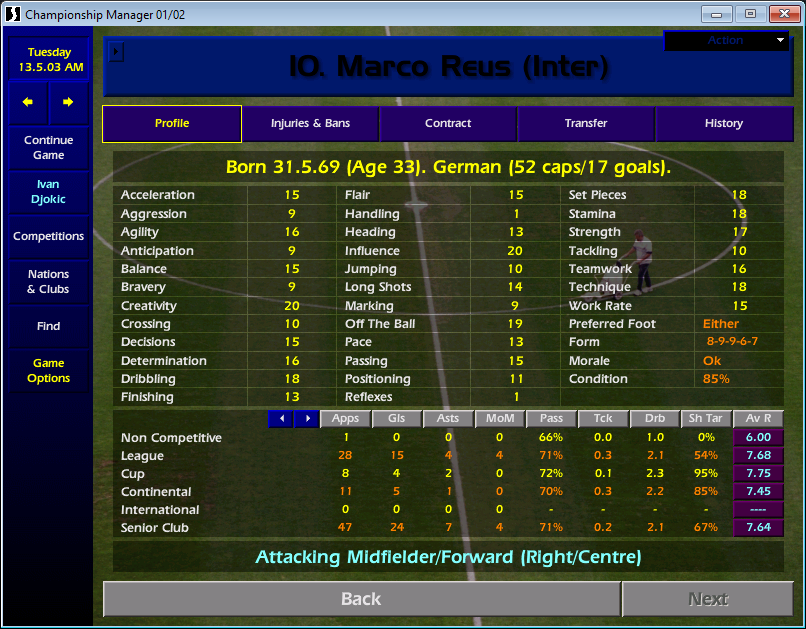 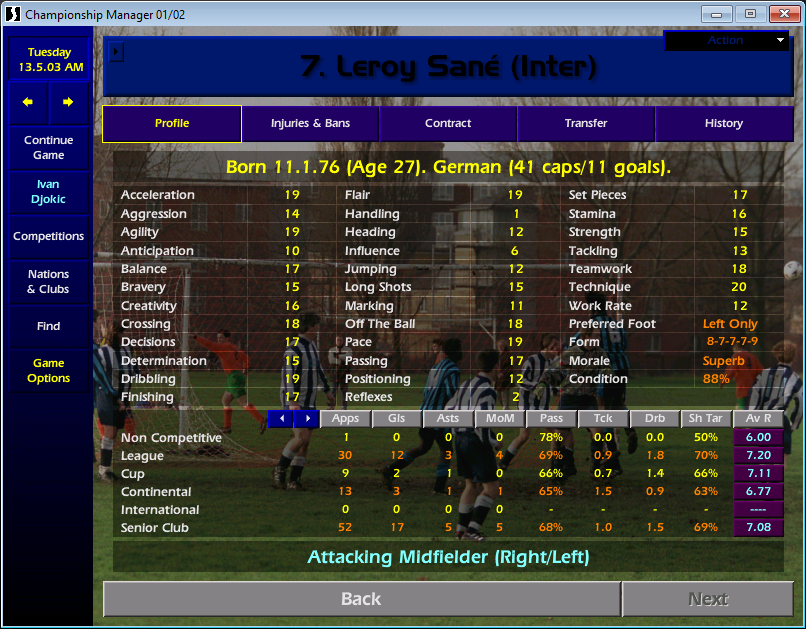 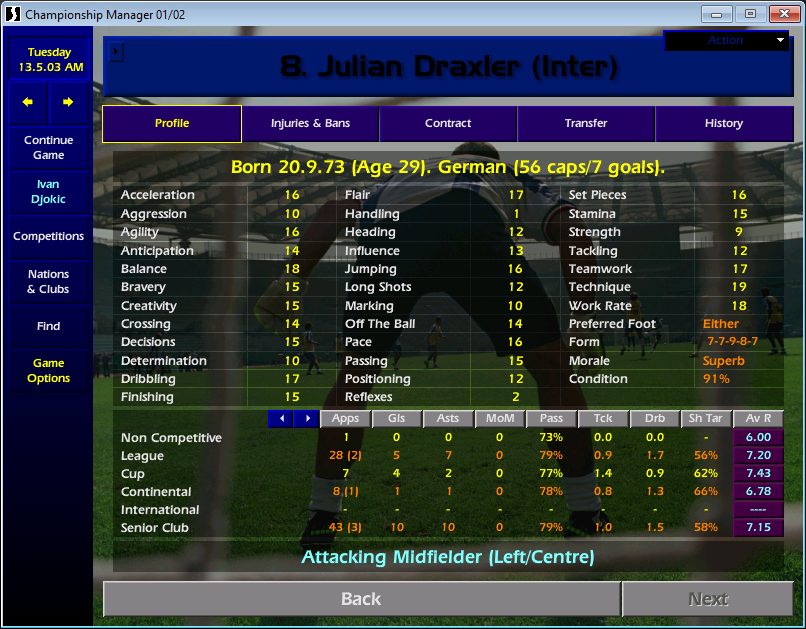 Finally finished this challenge and I could barely have been more successful. 2 words sum up this challenge. Steven. Bergwijn. He was phenomenal.

The boring screen shots first up - tactics & confirmation of no foreigners except my 3 Dutchmen. Fibonacci never misses. 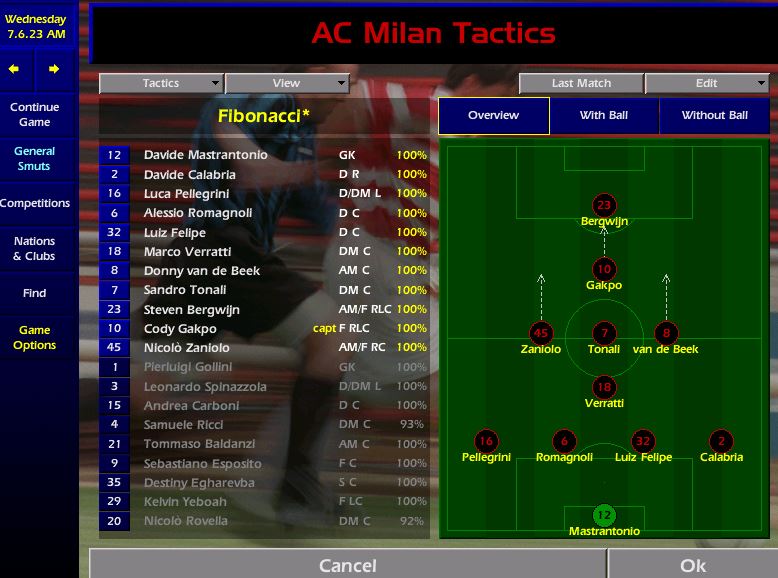 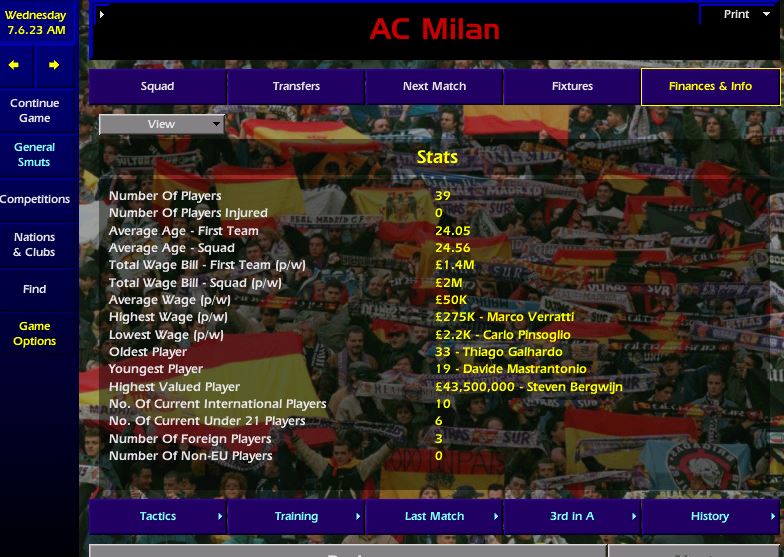 Let's start with the league - fell short of second on the last day of the season after prioritising the UCL. Finished 3rd and Bergwijn scored a hat full. 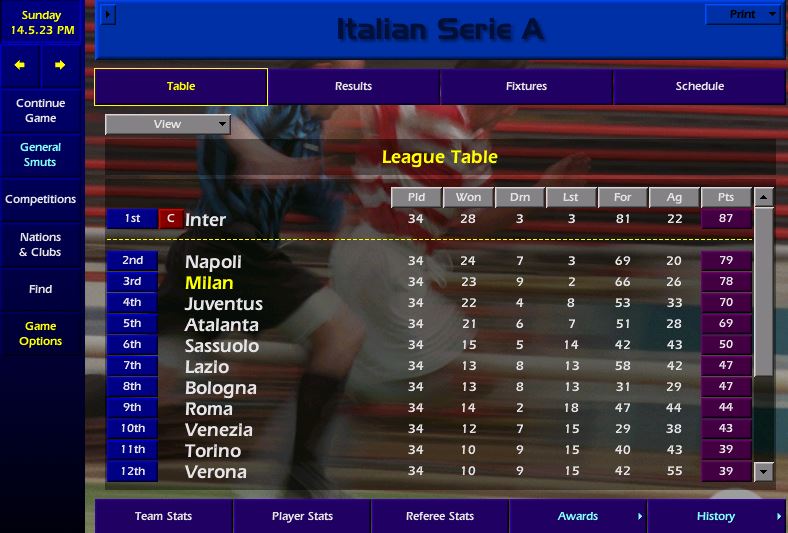 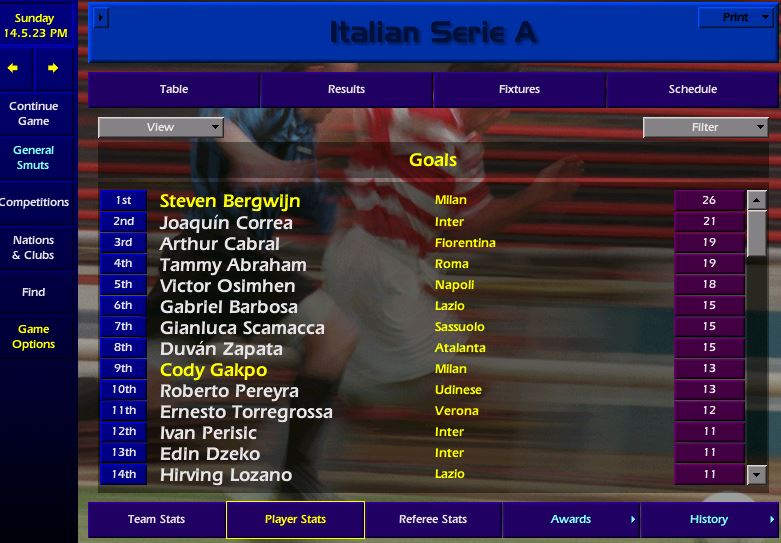 Cup success as well, thanks for the 2 legged final ... and extra time! 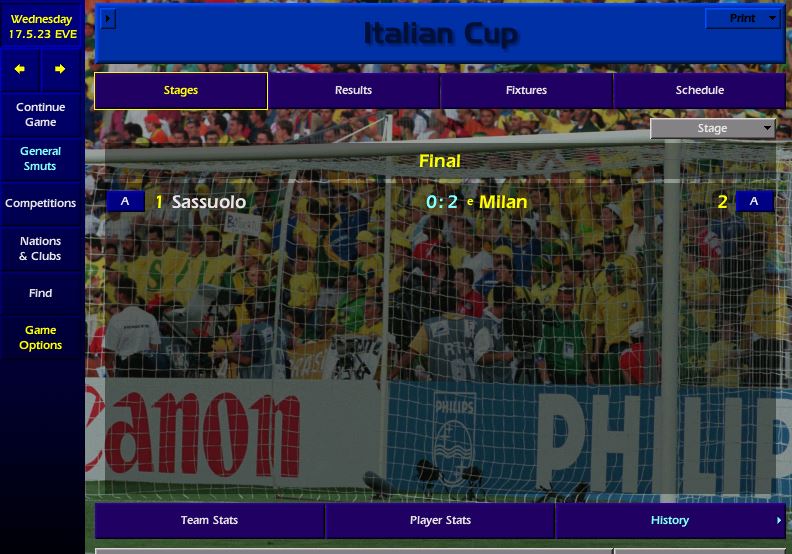 And then for the BIG one .., after squeaking through the early stages and coming up against the domestically excellent Inter in the semi's - I fluked my way to the Champions League final ... and only bloody won it!! 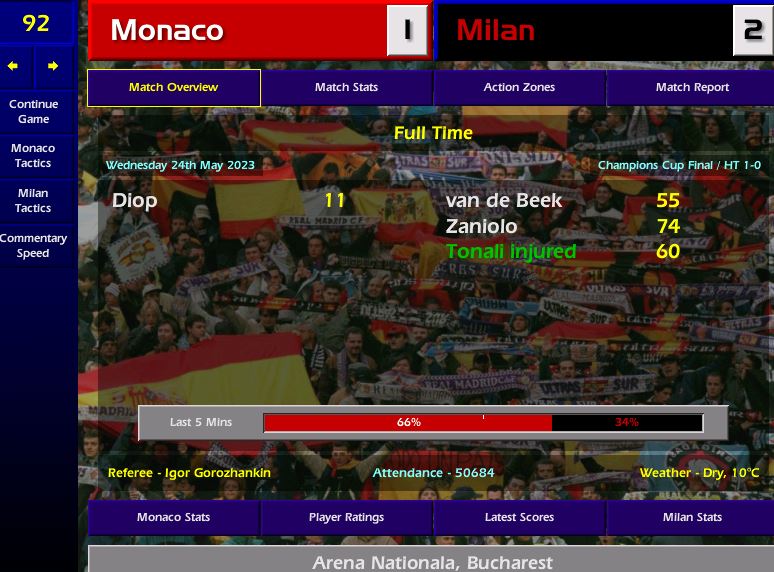 My Dutch deity's - get Bergwijn a pint immediately! 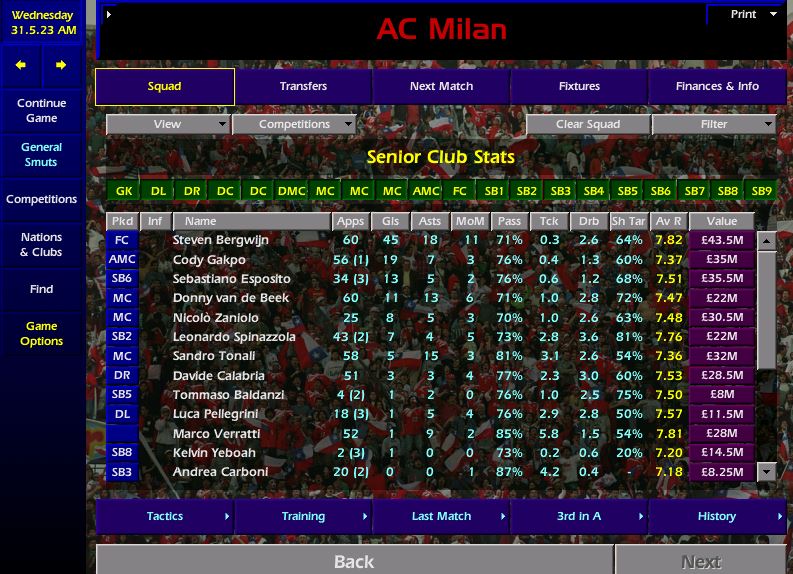 After finishing with my first ever triple double in the 3 major stats - Goals, Assists & MoTM's - STEVEN BLOODY BERGWIJN EVERYBODY: 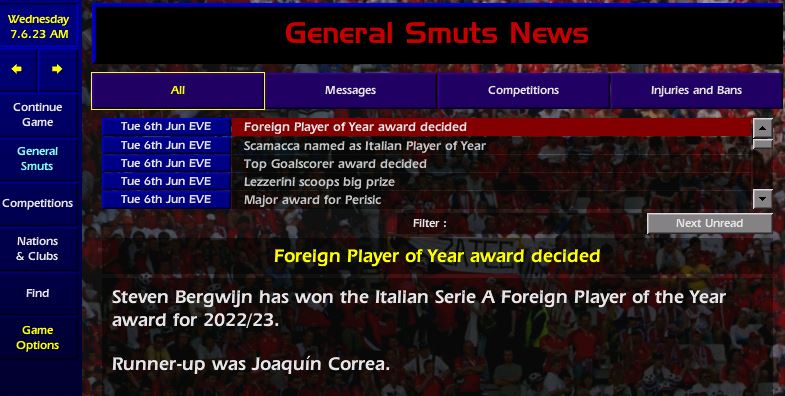 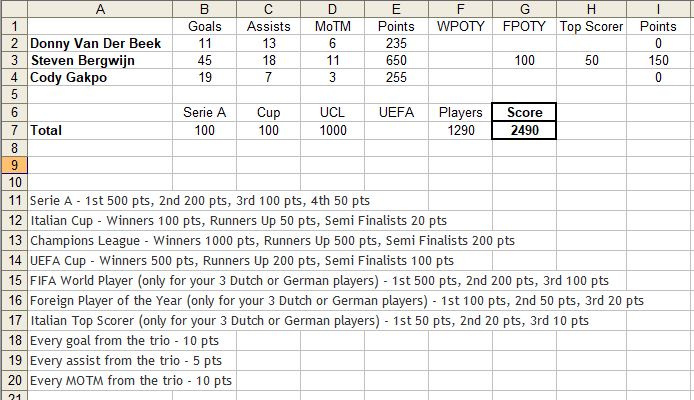 Really enjoyed that. Not even going to bother with Inter as I won't beat that score in a month of Sundays!
Top

Monaco in CL is a bit mad - what a touch winning that!

Nice one on completing it!
Top

I've been trying to get that triple double for years, what a player he is. Bergwijn to Leicester, bring that man back to the Prem!
Top

Still is the first season of this challenge but wondering if these tactics will be vaild for the scoring season? And do I have to stick to just one tactic all the time? 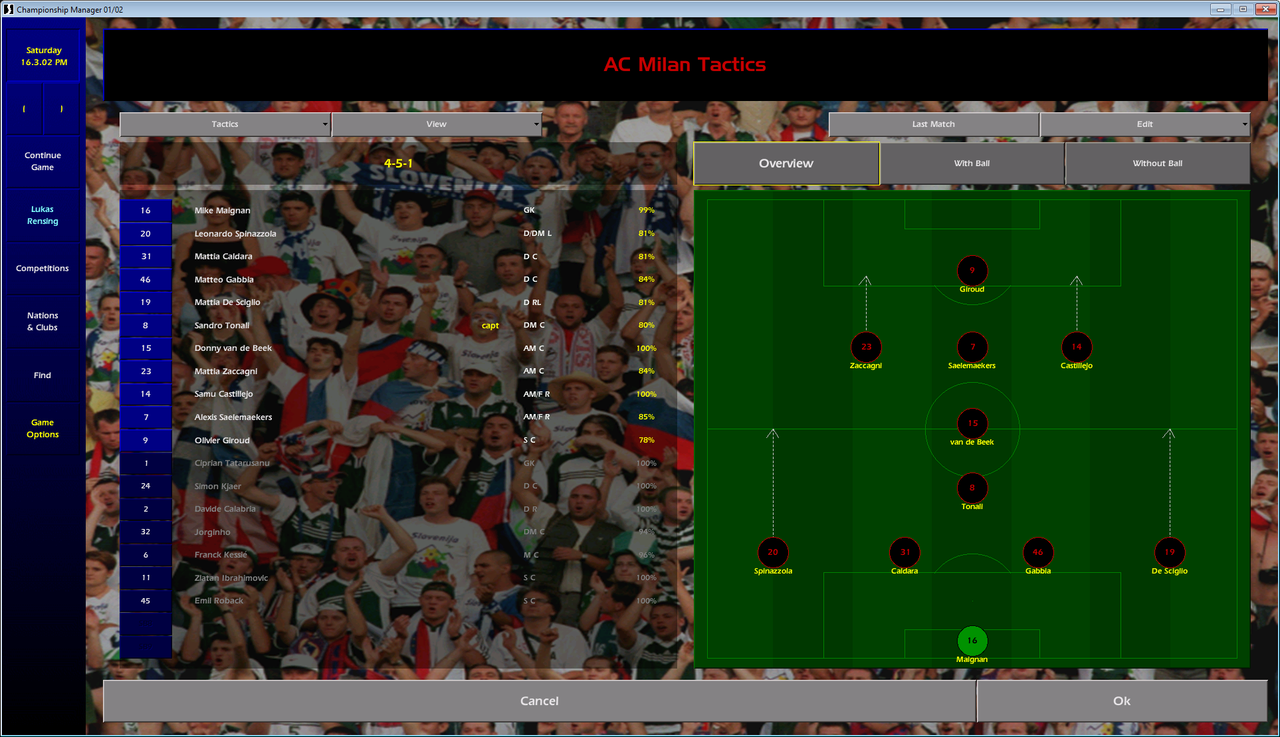 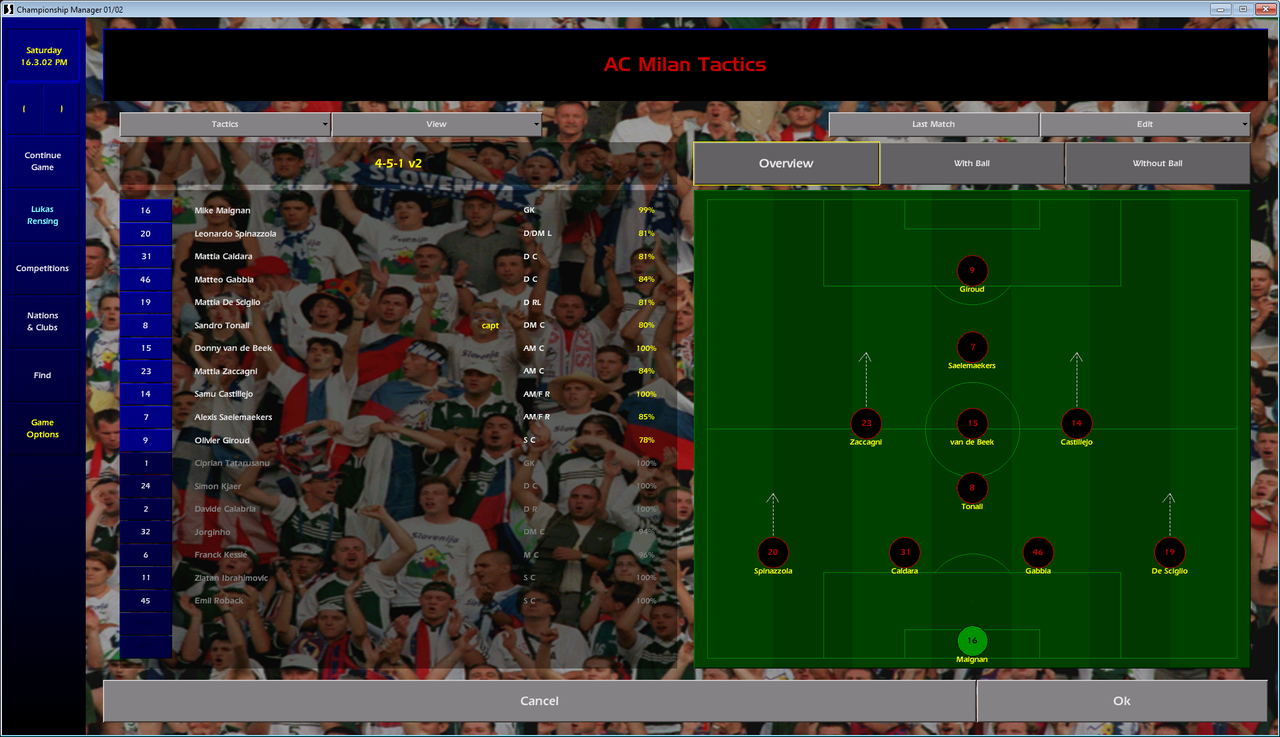 Edit: looking for another clarification. I've signed Weghorst as one of my 3 Dutch players, now I realize I can probably get a better striker than him. Can I sell him and sign another Dutch player, or am I stuck with him?
Top

I never posted in here when I did this challenge did I?

colml wrote: ↑Tue Jan 17, 2023 9:15 pm Still is the first season of this challenge but wondering if these tactics will be vaild for the scoring season? And do I have to stick to just one tactic all the time?

Edit: looking for another clarification. I've signed Weghorst as one of my 3 Dutch players, now I realize I can probably get a better striker than him. Can I sell him and sign another Dutch player, or am I stuck with him?

With the 3 scoring players from Netherlands/Germany - can change as much as you like in season 1 but in season 2 when the scoring starts it'll only be the 3 you started the season with.
Top

You know the rules - won't count unless it's in the 'Submit Official Challenges Results Here' thread. And thus, I'm still top of KOTM 2023 (for now!)
Top