Hi mates!
I updated previously shared 3-2-4-1 dsc tactic.
Symmetric, at wib-wob screens it looks like V mostly, so i renamed as 3-2-4-1 vsc
You can delete the older one and replace with the new one. (for who- used) 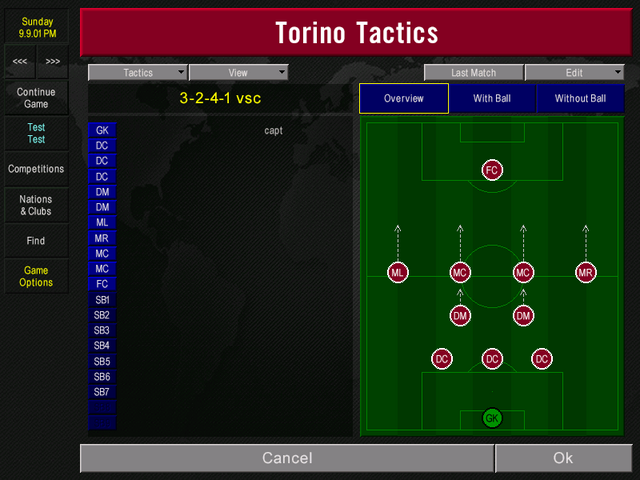 I like the look of this, so doing abit of testing on it, using NWW, so more a case of, removing all the WW, and using a few more specific instructions, but the base of it, Ill retain, maybe take off the arrows on the DMCs
Top

is there a pack with all the tactics you've created?
including the most recent?

Edit
Is there also a way to quick test tactics? How do you test your tactics, do you actually play a whole season or something?
Top

I test tactics for holiday mode under OTL de graafschaap save file.
For quick test i have edited second- exe file. https://champman0102.co.uk/showthread.php?t=325

For full play and holiday testing I have own Torotest save file which i use since 2013.
I sometimes test with my current save file too, if i know my squad very deeply like in Torotest.
I look at goal attempts and results, but the most important one is the sharpness of tactic in full-play. (DCs or DMC so much passing or not)

I'll get all the tactics uploaded for you soon, scemoka. Just trying catch up with some work this week first

I've now downloaded all remaining tactics from the old site. I will be uploading these this afternoon and that will be a huge job ticked off!
Top

Hi scemoka! Happy new year to you and your family ! Which of your tactics are similar "Arrigo Sacchi tactics"? Thanks for the answer!
Top

4-4-2 cho is the most similar to Arrigo Sacchi's era at AC Milan and Italy national team/1994 World Cup.

What is your fav 3 tactics connected with each other in full gameplay?
Top

What is your fav 3 tactics connected with each other in full gameplay?

Hi hyuga,
3-5-2 con, 4-3-1-2 car and Christmas Tree are my loves forever! I played with them each more than thousands seasons.
Top

I always use the Christmas tree but with the November 2020 update it is not always effective.
Have you tested any other tactics that are better?
Thanks

I always use the Christmas tree but with the November 2020 update it is not always effective.
Have you tested any other tactics that are better?
Thanks

I always concede around 15 or less goals whole season with christmas tree. No matter which level of team (top, mid-range or low).
When a player perform 6, next match he won't play. When a DC tackles less than 5, next match he will sit on the bench with me.
When the christmas is not effective - probably you have problems on team chemistry or lack of managerial experience.
Pay attention to passing amounts of your team. 35-45 p/game for each is ideal.
Don't let them pass more than 45 p/game, if they are not top players.
Greetings.

I tried the Crhistmas Tree with Real Madrid but it didnt go very well.
Many red cards, many injuries and many goals against and not a lot of points.
Strange that with the basic 4-3-3 tactic Barcelona had Messi who after 11 matches had already scored 27 goals in my Real Madrid game, but when i started with Barca with the standard 4-3-3 he only scored 3 goals in 4 matches.

I also tried a full season with the 3-2-4-1 vsc with PSV, because i love that with this tactic almost all the offensive players can play, but it also wasnt good enough to become champion. I havent found the right tactic yet.
Top 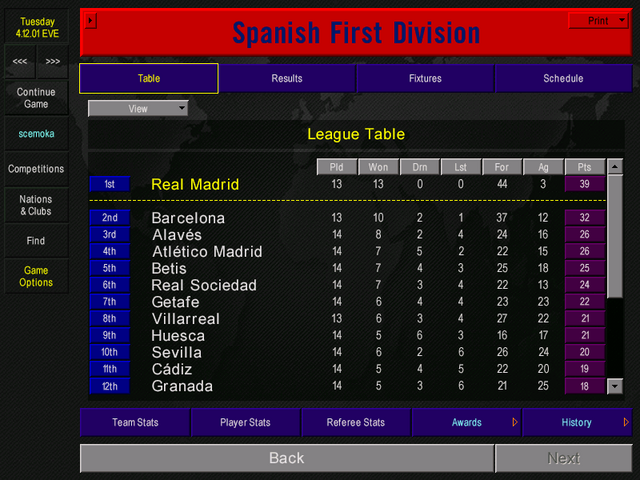 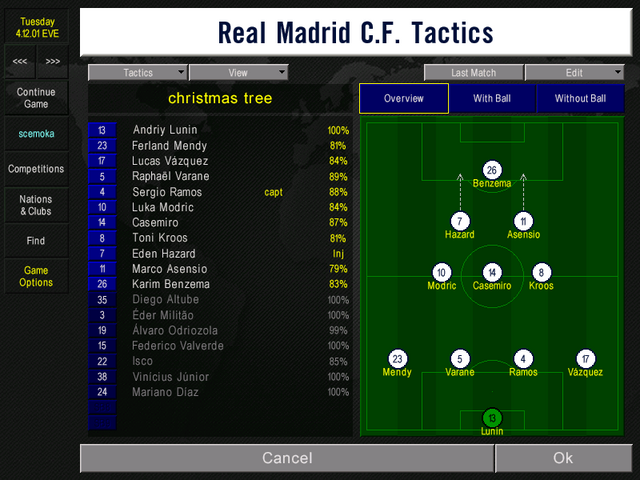 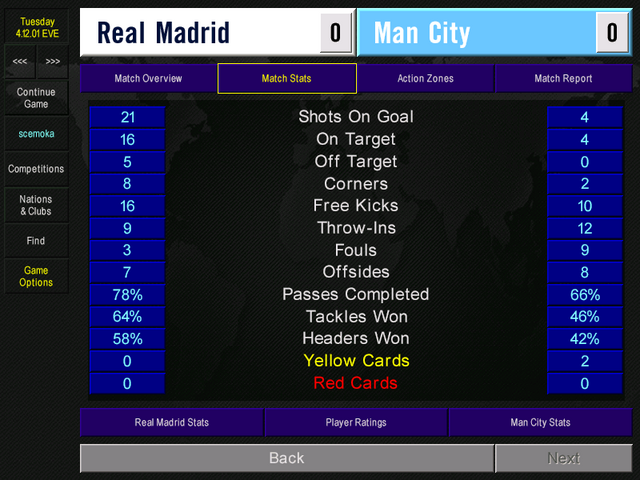 That's a big difference with mine. I'm gonna restart and try again. I had a few different players (bought Pogba and Upamecano) but also had a shitload of injury's and many red cards.

Valverde is injured for 8 months when i start the game, that seems to be a big difference already
Top