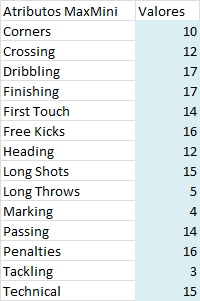 I expect to finish 35 variables model for physical tomorrow and maybe add 2 new variables, for a 37 total.
Top

Messi,Bruno Fernandes and Neymar with the new variables. * It has 50 different variables.
* Analyzes Technical, Mental and Physical Attributes.
* Analyzes Current Capacity and Potential Capacity.
* It is 20% ready for technicians, 17% for mental, 11% for physicists, 8% for CA / CP, before moving on with more variables that will delay readiness.
* Does not analyze attributes of Goalkeeper, neither Personality, nor favorite foot, nor preferred movements (for FMs).
* Has serious problems with attributes such as Leadership / Influence or Impulse / Jump, just to name 2.
* Works relatively well for most stats like Dribbling, Finishing or Coaching, some physicians like Agility or Stamina, and mental ones like Movement, Defensive Positioning or Flair.

It is intended ...
* Increase the number of variables.
* Increase the percentage readiness of the attributes performed.
* Create model for attributes of GR, Personality, favorite foot and favorite movements.
* Starting a women database for CM 01 02.
* Players in my mini-update will receive an identification number (in this case 21), to show that they have been reviewed.
* Objective to make male Premier League, La Liga, Calcio, Ligue 1, Bundesliga, some MLS teams and major European teams + Womens Premier League + USA female league (not the same database of male players). 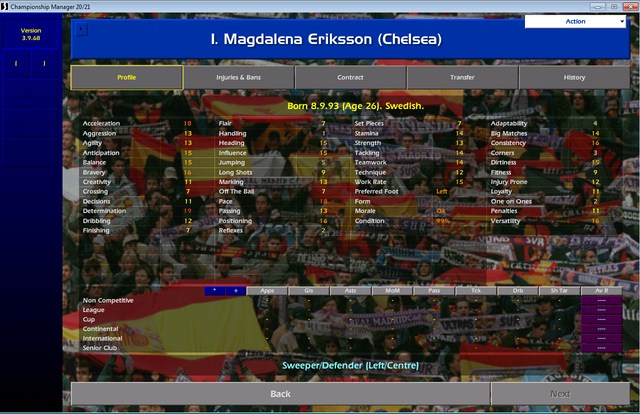 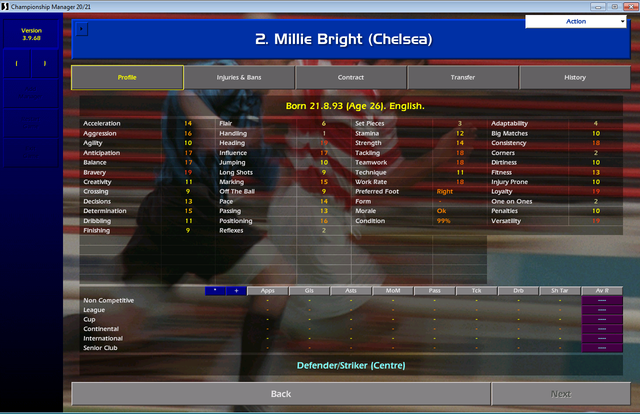 Dude, this is FANTASTIC. And also you're absolutely crazy, but in a good way

I can't wait to see how it affects the game engine. Good work!
Top

Ty, Im already creating European Super League, will have the 13 clubs + Monaco, in Australian Leagues (In future will go to Japan, when we know the 20 clubs). 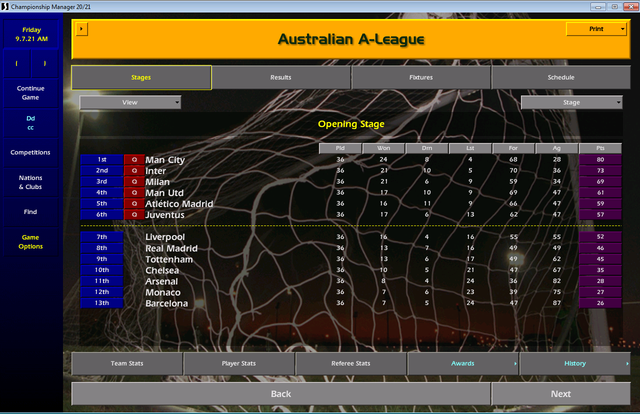 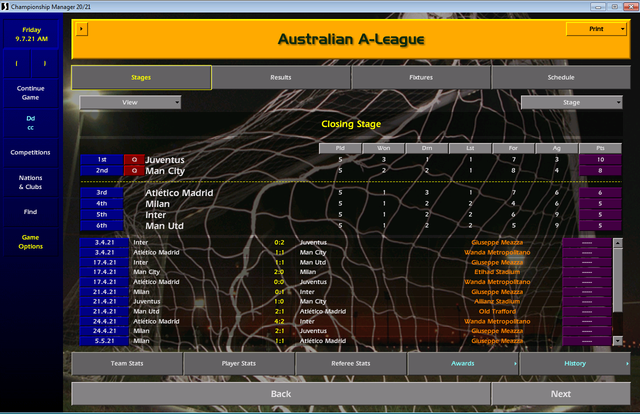 All players from these 13 clubs will receive an update with Real Stats. Only European Super League will be playable in first version.
Juventus won the competition.
Top

Lol good choice of Monaco for the Superleague project, I am very surprised the organising clubs didn't approach them (Monaco) as they would have many more reasons to join than PSG.
Top

OK, it seems that the European project will not go ahead, so change of plans!

Hi again, I returned, Im almost finishing my models, after more than 1 year of hard work. I will leave here my list of 500 Premier League 2017-18 players from the best in corner kicks to the worst, attention to one thing... Players with less than 400m in entire season arent well evaluated because lack of stats data. The model isnt closed, im tweaking it yet. Tomorrow I can post here Crosses.
I will give the top 25 with filter (Players with less than 400m are out even if in top 25), and the absolute list (all players without any filter). I know the algorithm istn perfect, but I think that in 85% players does a good job, remember, I analysed 500 players! What are your opinions about it? Your feedback is very important for me.

Absolute list 2017-18 (With players that played only 1 minute in Premier League too).

I made adjustements to give better ratings to players that played more games.

List of 25 Players in 2017-18 season with better average value of all PES 6 attributes in my model (Remember that PES 6 only has Defence as defensive stat).

Model finally finished! No need more tweaks for now! Now I can end other stats... In 1 week I will start editing CM with this models probably (I will not promise because I want this models to do fantasy teams too).